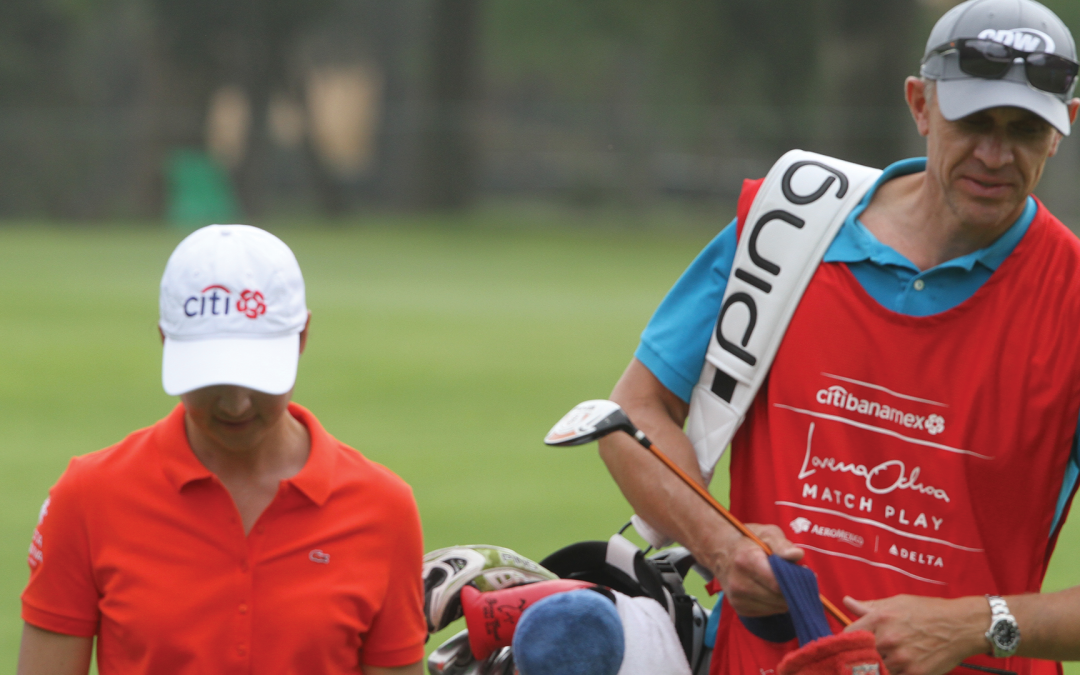 The LPGA’s Hall of Fame is the toughest to gain entry into in all of mainstream sports.

Ochoa is still aglow with this fall’s news that she will be inducted into the World Golf Hall of Fame next year, but her eligibility for the LPGA Hall of Fame remains in limbo as she prepares to host her annual tour event in Mexico City this week.

Ochoa will be honored Tuesday evening by World Golf Hall of Fame executives in a news conference at the tournament.

The group is also evaluating whether the LPGA Hall of Fame veterans committee should remain part of the process, which is Ochoa’s best hope for induction under the current points-based structure.

While Ochoa easily surpassed the demanding 27-point requirement for LPGA Hall of Fame eligibility before retiring early in 2010, she didn’t meet the 10-year membership requirement.

Ochoa amassed 37 Hall of Fame points in a career that included 27 LPGA titles, two of them majors, four consecutive Rolex Player of the Year Awards and four consecutive Vare Trophies for low scoring average. An LPGA victory is worth one Hall of Fame point, a major is worth two points, with the Player of the Year Award and Vare Trophy each worth a single point.

If the veterans committee is reconstituted under existing rules, it could nominate Ochoa for induction and then forward her name to the LPGA membership for a vote. Ochoa would require 75 percent of the membership’s approval to be inducted via the veterans category.

“That would be great,” Ochoa told GolfChannel.com. “Hopefully, there will be something about that soon.”

Ochoa, 35, could qualify if the review group drops the 10-year membership requirement.

The review group’s focus, however, is still in its initial stages, still broader in scope than consideration of any one player.

“It has been a long time since any changes have been made to the LPGA Hall of Fame,” Daniel said. “The last time they made changes, the committee worked on them for seven years. It’s tough. There’s a lot to do, and we get a lot of opinions when we have our conference calls, but hopefully it won’t take seven years.”

The LPGA’s Hall of Fame criteria was last altered in 1999, when the tour created its current points system. To qualify for induction before that, a player needed 30 LPGA victories with two major championships, or 35 with one major, or 40 with no majors.

“It’s always good to be reviewing what we’re doing,” Daniel said. “It’s good to have discussions, and Lorena is a glaring example of why.”

While even the LPGA Hall of Fame’s 27-point system is up for review today, there appears to be strong consensus to keep qualification point based.

“We are still in the process of reviewing the entry criteria, but I do feel the committee is very committed to returning to the current point structure,” Daly-Donofrio said. “The committee likes the lack of subjectivity in that. It’s the same for every player. They all know what the Hall of Fame requirements are when they join the tour.”

Three of the biggest issues for review group members say are:

1. Whether they tweak the point structure in any way.

2. Whether they keep the 10-year membership requirement, shorten it or abandon it.

3. Whether they retain or abandon the veterans committee.

There are strong feelings about retaining the 10-year membership requirement. Hall of Famers Annika Sorenstam and Karrie Webb are both on record favoring the service requirement.

“It’s unfortunate Lorena stopped playing,” Daniel said. “She knew she needed 10 years, but she stopped playing anyway. I see both sides of this. Lorena definitely stood out in her generation, and yet she’s not in the LPGA Hall of Fame. There are players who feel 10 years is too much, but the LPGA founders are basically the ones who put in the 10-year service requirement. They knew how important it was for players to serve, to contribute, to keep the tour going.

“The membership requirement is for discussion right now.”

So is the value of the veterans committee, which allows exceptions to the rules.

“That’s definitely something we are looking at,” Daniel said.

Ochoa’s story, her early retirement, has forced the LPGA to evaluate success and service, and what constitutes real greatness in their ranks. It has also forced the tour to evaluate what the World Golf Hall of Fame’s expanded recognition of women means to the LPGA Hall of Fame.

“How do they complement one another? That’s something we’re looking at,” Daly-Donofrio said.

It’s something that may open or close doors for more LPGA stars, depending on how you look at where Ochoa’s place ends up being in these two Hall of Fames.